Scientific writing and publication are difficult enough for authors who have English as their first language.

For non-native English-speaking authors, writing in English can be a huge challenge. The English itself, more than the science, can make or break their chances of publication. It’s how you communicate your science, so it needs to be just about perfect.

With increased pressure on publication space and increased demands on editors’ time, many journals use language screening to check submissions before they reach the editor’s desk. Can you get by them?

Some editors quickly reject papers that they feel are poorly written. Their English filter is triggered at the first run-on or ungrammatical sentence. They may desk reject them or send a “boilerplate” message to have the English edited (and yes, we’re here to help with that).

But even in your English isn’t perfect, there are common scientific writing language errors you can avoid. Knowing these will improve your writing and increase its chances of being accepted for publication.

Contents hide
Sloppy writing may be too much, not too little
Protein and gene nomenclature
Using proper nomenclature
Examples:
Comparisons
Examples:
Respectively
Using “respectively” correctly
Example:
Commas, hyphens, and “which”
Using commas and hyphens
Examples:
Using “which”
U.K. vs. U.S. English – that vs. which
Examples:
Articles: singular vs. plural
Which article?
Examples:
Singular or plural?
Examples:
What to keep in mind to help your chances at publication
There’s help when you need it

In language, we have to avoid ambiguities and unnecessary text to get our message across clearly.

Scientific writing should have the “three Cs”:

To achieve this, you need to be as brief and specific as possible. But you also can’t omit any key details that help the reader understand you.

In other words: write no more than you need to accurately convey your message.

Sloppy writing may be too much, not too little

Although writing that doesn’t do this is sometimes described as “sloppy” or “lazy,” often it’s because the author isn’t aware that the writing is unclear and ambiguous. They may be saying too much, or trying too hard to include every possible detail.

This makes it vital to understand the impact of your own writing. You can do this through getting others’ opinions and through carefully rereading what you wrote, from the reader’s perspective (not your own).

There are many common mistakes; more than we can possibly list up. But we’ve put together a few of the most common ones that non-native English-speaking authors make. We hope this helps.

Note that these all fail the 3 Cs. Always refer back to that standard.

One very common cause of confusion is use of incorrect nomenclature to describe changes in the levels of genes, their mRNAs, or the proteins that they encode.

Constant changing from describing gene expression levels to protein levels and back again can also add to the confusion. Especially because the names are often the same.

You need to be completely clear to the reader exactly what level you’re talking about.

Case (upper vs. lower) is often used to distinguish between species. Generally, for mouse, rat, and chicken, gene names are spelled with an Upper-case first letter and the rest in lower case. For humans, primates, and some domestic species, gene names are in ALL CAPS (capital letters).

Descriptions of mRNAs generally use the gene name (levels of p53 mRNA), or you can refer to the mRNA “for” a given protein (levels of the mRNA for p53).

Usually, when referring to proteins, you can simply replace “expression” with “level” (or “levels”).

Be aware of the correct nomenclature for your subject’s species. And make sure that everywhere you refer to a protein, gene, or mRNA by name in the text it’s completely clear which of those you’re referring to.

Comparisons are frequently made in the Results sections. Here, it’s especially important to compare “like with like.”

One common error non-native authors make is overlooking this simple rule and leaving the reader to assume what’s being compared.

Another frequent error with comparisons is using relative terms (higher, greater, more, etc.) without a reference. In the sentence, “transgenic mice showed higher levels of cortisol,” it’s unclear what these levels were higher than. So you need a than clause, like “…than control mice.”

The reader might assume this automatically, but there may be other ways to infer it. That’s not good. Accurate scientific writing must aim to remove all assumption. You must convey to the reader exactly what you’re comparing. That’s because result comparisons are critical to their interpretation and, ultimately, to their significance.

As with the topics above, its misuse can lead to confusion and ambiguity. It’s often clearer not to use “respectively” at all. But it can be useful for using fewer words where there are two corresponding lists.

Thus, the sentence, “The latencies to withdrawal from 5 g and 10 g painful stimuli in control and transgenic mice were 3 s and 2 s, respectively” is incorrect and impossible to understand.

Commas, hyphens, and “which”

Used incorrectly, these three elements of writing can introduce ambiguities, and create potential for misunderstanding, in your writing.

In the sentence, “Because Aβ42 levels were elevated in 75% of AD patients in studies using our method [6,7], it is critical to obtain fresh samples,” moving the comma after “method” to follow “patients” (or adding a new comma there) would completely change the meaning.

Thus, it’s critical to use hyphens with such compound adjectives to avoid misunderstandings. However, you don’t need a hyphen to combine an adverb and an adjective. For example “highly intense staining” and “high-intensity staining” are both correct, but “highly-intense staining” is not.

Misunderstanding of -ly adverbs and hyphens is a very common error among native speakers, even in major publications. But that doesn’t make it right.

The word “which,” when used incorrectly, can also create a lot of needless confusion. It’s often confused with the word “that.”

By contrast, in “the sections, which were positive for GFP, were subjected to cell counting procedures,” the sections that were subjected to cell counting are rather loosely defined. This possibly refers to sections described in the previous or recent sentences. The clause about GFP positivity provides the reader with additional information, but it’s not essential for understanding the sentence’s meaning.

Because “which” is used in this way, be sure it’s absolutely clear what the “which” is actually referring to. This could be whatever immediately precedes it (most common), or it could be the sentences’ main subject.

For example, the sentence, “microglia migrated to the site of the lesion, which was associated with increased levels of ED-1” is somewhat vague. That’s because it’s unclear if the “which” is referring to the lesion or to the migration of microglia.

If you ever have doubts about these types of sentences, rephrase them completely. Eliminate the doubts. To avoid ambiguity, the sentence about microglia could be rewritten as “migration of microglia to the site of the lesion was associated with increased levels of ED-1” or “microglia migrated to the site of the lesion, and immunohistochemical analysis revealed increased levels of ED-1 at this site.”

A key thing to mention here is that “which” is commonly used instead of “that” in U.K. English. And in conversational English, they’re often interchangeable.

For example, you’ll commonly see sentences like “Use methods which lead to accurate results” in U.K. English. And in conversation, you’ll hear things like, “These are the things which we must be careful about.”

That doesn’t make them right. And if you run around correct everyone’s grammar, you’ll just annoy people.

It’s fine to have localized English and to “break” a few rules in these cases. In scientific language, however, it does matter. That’s because we can’t leave the reader with any doubt. We need to be precise. This is critical for your scientific communication. Here are some specific examples for scientific English.

Articles (a, an, the) are adjectives that modify nouns. If they’re used incorrectly the reader may wonder if you’re referring to a specific thing or to a non-specific item or category.

Worse, they could interpret the text incorrectly and make a wrong assumption. That’s not good.

Incorrect use of articles can also lead to confusion relating to singular vs. plural tenses.

The definite article “the” should be used in conjunctions with a noun referring to a particular item or group of items (with plural or singular nouns).

For example, “the sections were then stained with H&E” implies that the sections you referred to in recent sentences were stained.

By contrast, the indefinite article “a” should be used in conjunction with non-specific nouns.

For example, “a section was then stained” infers that a single section, any section, was stained. “A” should only be used to refer to a single item or category, and shouldn’t be used in conjunction with plural nouns. So, saying “a sections” would be incorrect.

Asian authors frequently leave articles out of sentences making them sound awkward and unnatural. That’s what happens when omitting the “the” in “adenovirus was injected into the fourth ventricle.”

We’re not blaming you. Many Asian languages have no articles and/or singular and plural tense. It’s hard to learn these things! Some never do. That’s why we need editors.

Nouns are used in the plural tense by adding an “s” to the end (in most, not all, cases).

So when referring to multiple items, use the plural to avoid confusion. Writers commonly forget this when describing figures.

What to keep in mind to help your chances at publication

Keep the following points in mind and you’ll immediately improve the chance of getting your study published:

There’s help when you need it

After all that, some writers naturally have better English writing and communication skills. This is a product of education, experience, and the individual. Edanz levels the playing field. Our expert editors retain your voice while fixing up the scientific English. This greatly reduces your chances of being rejected based on the quality of your English. Need an edit? See how we can help. 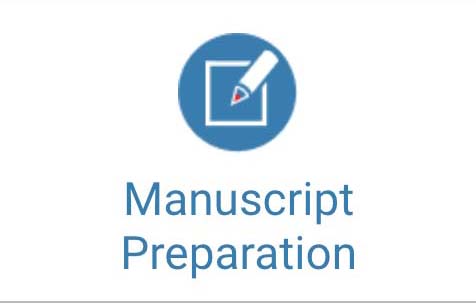